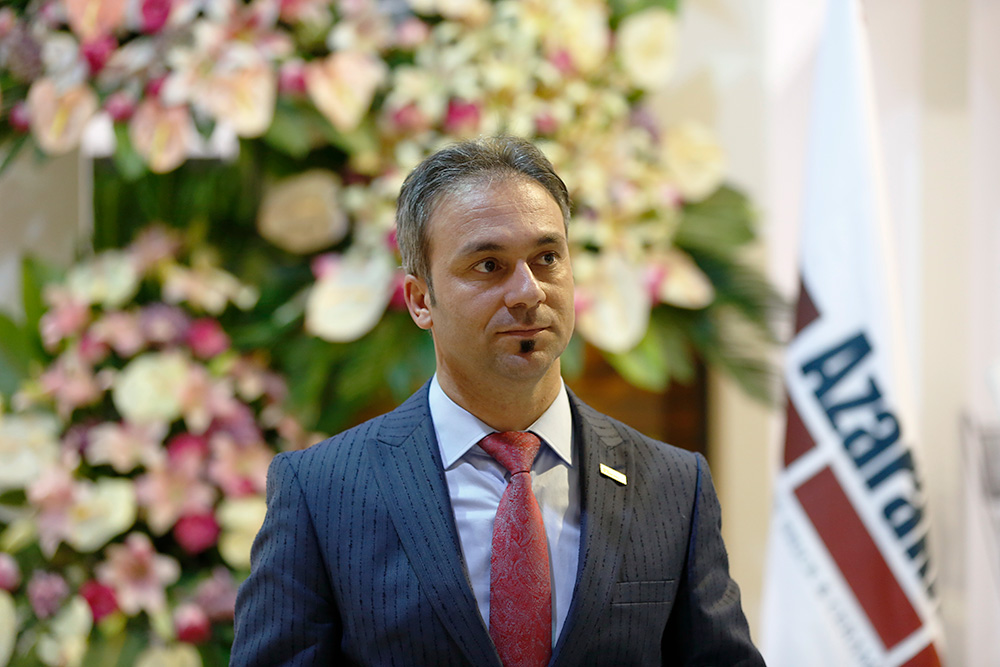 Azarakhsh, a well known brand in the construction industry with 20 years of producing is actually tied to the refractory brick And due to put into operation the 4th line of the plant, we have arranged an interview with the Eng. Mohamad Ali Seifi Kashani about original architecture as a national heritage in our country.

Q: As you know, in recent years the construction industry in Iran has enjoyed with different modern materials and each of them has something to say in their era and could allocate part of the market shares to their products. In some cases, it was glass and in some other cases it was composite materials which performed as a desirable façade for many years. But now, people have understood the true meaning of using brick face. In this due, what are the advantages of the brick face during the last 20 years?

A: Azarakhsh, as an initializer and founder in producing the refractory firebricks for the façade of the building has always been trying to produce not only a durable material to last long, but also beautiful ones with reasonable prices. In the last years, the firebrick were just used in the industrial foundry plants, but it was Azarakhsh which initializes the use of firebrick as a brick face in modern façade of the buildings. This material has some more advantages to the similar ones. Brick has always been used in Iran and other countries and it is a long lasting element in the construction industry during the last centuries. You can easily see the use of brick in great wall of china, the Florance church dome, the syalk hill, the Ziggurat at Chogh Zanbil in Shosha, Darius the great, castle wall and Si- o-seh pol ( Thirty three bridges) and so on….. All of these monuments are invaluable remains. In this due, the memorable mine of the people of Iran made them to re-think about using more of this kind of material in their modern building. On the other hand, it has a very nice impression on the general views of the city.

Q: Due to this description, what was your attitude which encouraged people to welcome your products?

A: The main specification of our products are: A reasonable price, variety in colors and sizes for multiple purposes.

Q: In your view, how important and influencing is the authorities’ decision for increasing the general use of brick face in the society?

A: The main part of what has remained from our ancestors is due to the architecture and general culture. The general view of our city, the façade and style of architecture are all a heritage that some countries put them for future and now they are a valuable capital in those countries. It all relates to how people of a country treat to their national monuments and how to prevent the sight pollution and trying to produce a very nice, delightful and impressive view for all the citizens. But in this due, during the 50s and 60s, there were some kind of chaos in construction industry in our country, but nowadays, from 70s and 80s, there has been a very restrictive procedure to cope with the latest Internal building Code (IBC), otherwise, there would be a fine for each one who declines the rules and regulation. In this due, there should be a definite standard for and protecting the ecological and environmental norms for the construction code in our country.

Q: In your view, is it not a sort of interfering in people’s private affairs?

A: Actually, not. Because the façade of a building belongs to all the citizens of a city. So, that’s why there should be a very restrictive form of inspection in this field. In countries such as…UK, Switzerland, Italy & Spain, there are a procedure in case of need to change the facade of a building. In this due, the municipality should decide about it.

Q: In this regard, what I have understood is that there are less signs of our current civilization for the future in our country?

A: Definitely, but sorry to advise you that due to the sight pollution , today we are faced with a sort of chaos and irregularities in architecture and construction sector, but there is also hope and a turning point in protecting the historical texture of our ancient cities. Such as ..Isfahan and other cities…just to use a modern material combined with local solutions. To protect the heritage of the past, as you know, a procedure is determined and put into operation in most of the European countries to use different style of paintings, sculptures. You know, something as a symbol for each city to be remained and to be named. In this due, we are also trying to symbolize the Iranian & Islamic culture as a permanent heritage to be remained forever. 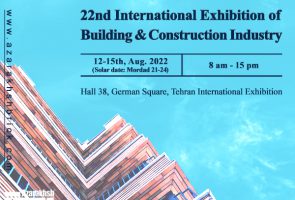 22nd International Exhibition of Tehran Construction Industry will be held on August 21-24. This event which is held every ... 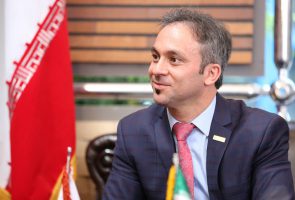 From many years ago, the pavilion 38 in Tehran Int’l Ground Fair has accustomed to Azarakhsh Co. At ...